The city's newly deployed ShotSpotter system led Detroit police to bust a "very small gun-manufacturing operation" in a bungalow on Hoyt Street, near 7 Mile and Gratiot. 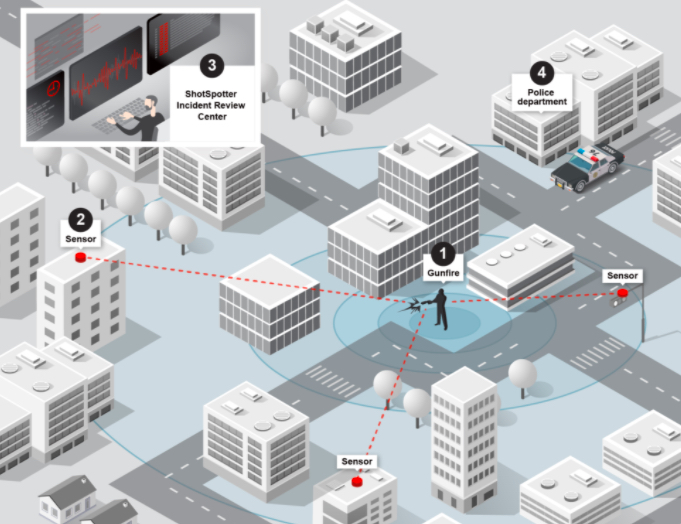 Police were dispatched to the house about 8 p.m. after getting an alert from ShotSpotter, a technology that records gunshot sounds and relays the location to police, the chief said. The department had just deployed ShotSpotter less than 24 hours earlier, and the alert was the first time it was used, Craig said.

When officers arrived at the house, they saw a car that was connected to a March 2 shooting, so they knocked on the door and asked the two occupants for permission to go inside for a "well-being check," he said.

The men refused, so the officers called a judge, who authorized a search warrant, Craig said. The two men, identified by Craig as 25-year-old gang members with criminal records, were arrested and 75 shell casings were recovered from the back yard.

The pair were using the house to make "ghost guns," which are homemade weapons lacking serial numbers. Police confiscated a rifle and four handguns, along with gun parts and tools.

Ironically, The News reports, the address is linked to the "Detroit Life is Valuable Everyday program, a nonprofit that's affiliated with the city's Friends and Family Choices initiative," although there was no evidence the program was involved in the illegal activity. One man arrested was planning to buy the house.