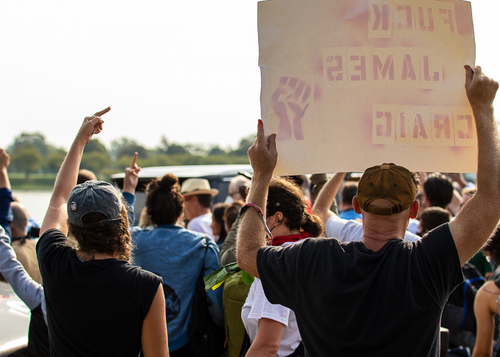 It may have been the shortest campaign kickoff in the history of democracy – lasting all of perhaps 36 seconds. A ragtag group of Detroit Will Breathe protesters towered over the diminutive James E. Craig as he croaked to the world: “I am running for governor.”

Except no one but lip-readers could make out what he said over the bullhorns and shouts. With the crowd of fist-shaking, mostly white people closing in on him, and not a cop in sight, the retired chief of the Detroit police and his band of pimple-faced politicos made a beeline for the Belle Isle bridge. 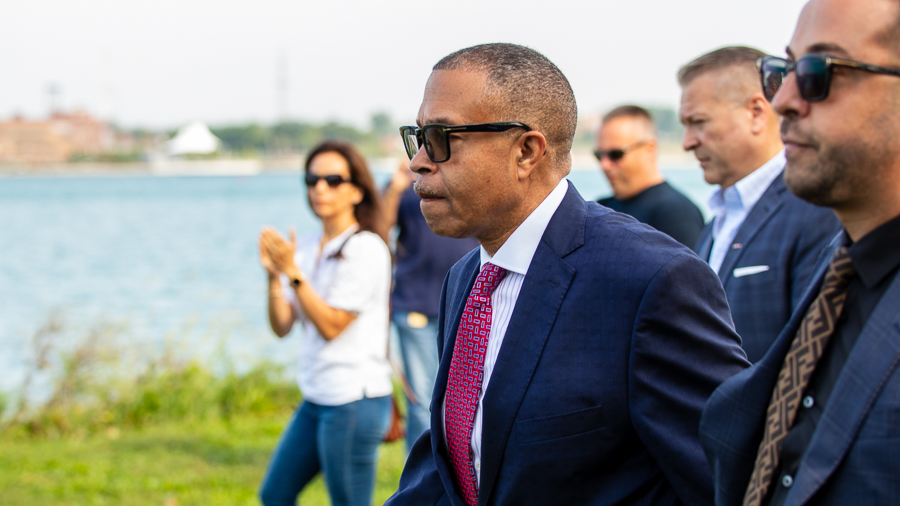 If Craig's run was not mortally wounded on Tuesday, then it certainly lies in the ICU ward, sucking for life. That's because Trump's inner circle was watching, and they were not impressed.

And without Trump's endorsement, Craig's hope for the Republican nomination for governor may have died on the grassy knoll of Belle Isle.

I'm told Trump's people monitoring the Michigan races thought Craig looked small, weak and buffoonish, like Bob Costas at courtside at an NBA Finals celebration. Trump's people mocked Craig amongst themselves, one saying he's not ready for the big chair.

It is a devastating blow for Craig, both politically and psychologically, a man who has always wanted Trump to want him.

In 2017, Craig lobbied hard for an audience with Trump, angling for a job as the national police czar.

Craig's pipeline into the White House, according to those with knowledge of their failed bromance, was Omarosa Manigault Newman, the conniving backstabber from “The Apprentice” who Trump brought along to Washington.

In the end, Craig never did get his audience. Omarosa got fired and wrote a backstabbing tell-all.

Blame someone, blame everyone

In an attempt to squeeze lemonade from a shit sandwich, Craig took to Fox News on Tuesday night. He blamed the Belle Isle debacle on Gretchen Whitmer, insinuating she withheld police protection for him at the state park. Craig also blamed park police and state police. Craig claimed the rabble were paid instigators. He offered no proof for any of it. All his team need do was check DWB's social media.

So Craig learned the hard way what Detroiters already know. There never seems to be a cop around when you need one.

After getting chased from the island, Craig and his team made desperate calls to local business people, scrounging for a secure location where he could repeat his grand announcement without protesters spitting in his face.

The biggest winner from this week's embarrasment on Belle Isle may not have been Whitmer, whose own political fortunes may hinge on the upcoming findings of a state investigation into nursing home deaths. 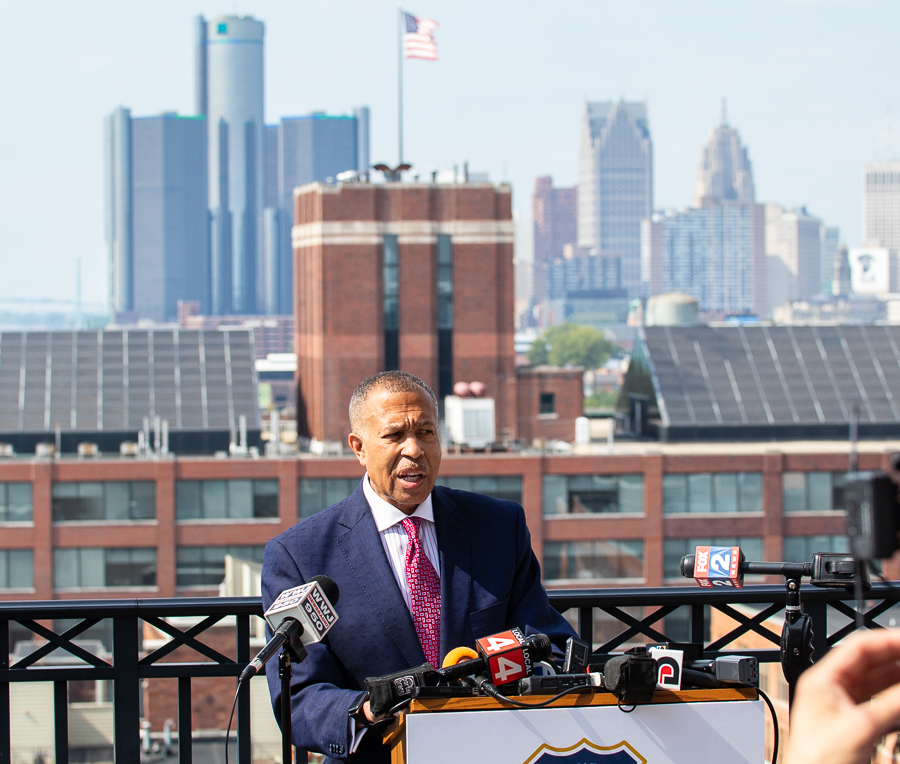 The biggest winner may be Craig himself, who now has the chance to stinkeye the people he's surrounded himself with – a group of out-of-town white men barely old enough to shave. I doubt these guys could find the corner of Gratiot and Chene if I gave them three hundred bucks for an Uber.

They know very little about Detroit, southeastern Michigan, or the career of the candidate himself. In politics that usually means a cascading series of crises before the eventual, humiliating death.

Consider: The FBI raided City Hall offices last month, and are said to be looking into bribes in exchange for towing contracts.

With Cuomo gone in New York, Michigan will certainly be one of the most watched elections of the midterms next year. Unfortunately for Craig, we already are watching.

And that includes Trump.