LeDuff: Reporters Think They're Equals With the 1% At Mackinac, But They're Really Dancing Circus Dogs 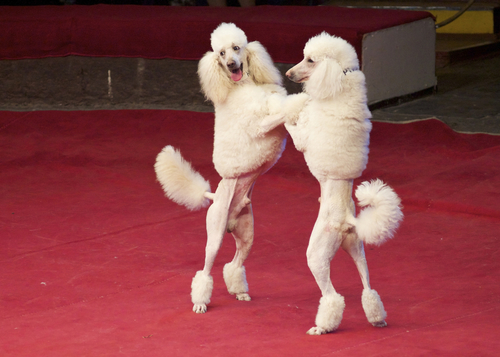 Second helpings from the seafood buffet appear to be the ultimate aphrodisiac for reporters, if social media postings from the Mackinac Policy Conference are to be believed. Nothing arouses an ink-stained wretch like free heapings of oysters-on-the-half-shell.

Then again, there are plenty of posts highlighting the monogrammed brandy snifters, the chocolate truffles, and the pastry delights topped with real Michigan cherries.

Meanwhile, back here on the mainland, people worry about losing their homes, a swooning stock market and gas inching toward four bucks a gallon.

Attendees call this great disconnect "The Great Event,” a yearly policy bacchanalia on Mackinac Island where reporters spend four secluded days swilling high-end liquor while sucking up to the business tycoons and political slicksters they're supposedly holding to account.

These poorly dressed and poorly paid reporters believe that they are equals to the One Percent – when in fact they are dancing circus dogs trained to bark on cue.

No Time to Debate 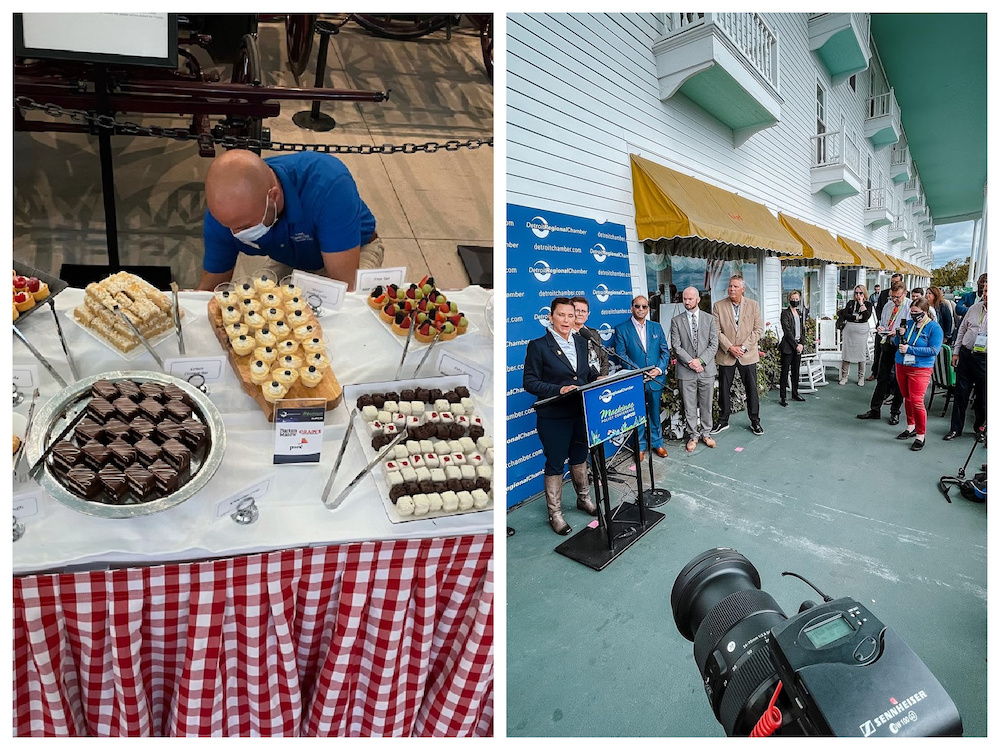 Mayor Mike Duggan is up on the island. He can't seem to find the time to debate his electoral challenger down here in Detroit, but then again why would he want anyone to be reminded that jobs are slipping away, or that there were 45 shootings last week, or that the population of Detroit continues to plummet?

Instead, Duggan hauls along his hired retinue of former reporters to spin and suck up to reporters they used to work with. This way, no real questions get asked.

The taxpayers in America's poorest big city should not worry about the mayor's lavish spending. That money does not come from them, but rather from political donors with business before the city. Those very same donors share cocktails with Duggan's people and their reporter friends in the media on the great porch.

Meanwhile, the weather forecast calls for two days of rain in Detroit and the citizens here have their legs crossed hoping their basements don't flood again. Remember the water department is run by incompetents who answer to Duggan.

But never mind that. The canolis have arrived! 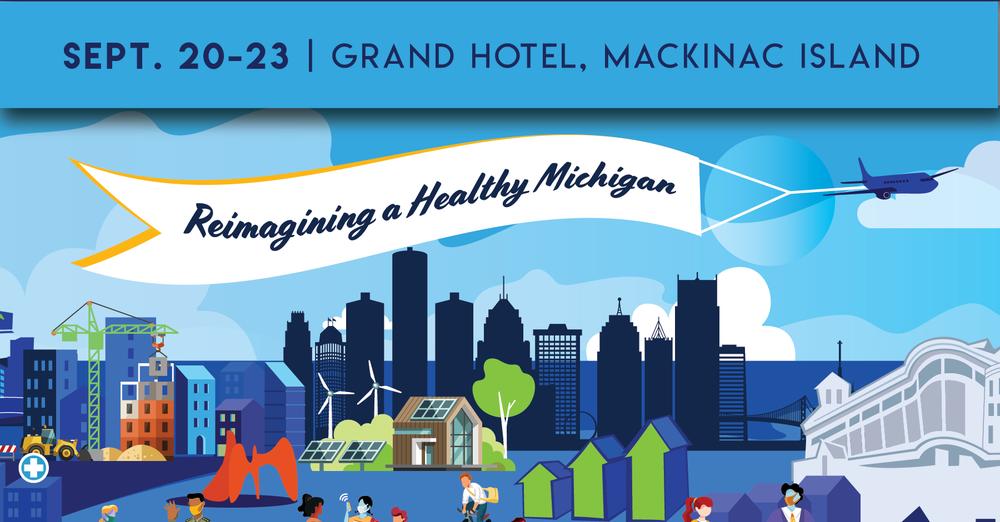 Gov. Gretchen Whitmer is there. She is going to be interviewed in front of a live studio audience by her political mentor and fundraising champion Dan Loepp. He is the man who took over as CEO of Blue Cross Blue Sheld of Michigan when Gretch's daddy retired.  How anyone with a press card would sit through a sacchrine shitshow like that is beyond me.

Why is Whitmer there at all? Covid cases are five times higher in Michigan than at this time last year. Remember when restaurants were working at 50 percent capacity, stadiums were forced to close, kids were attending class via iPad, and the Mackinac conference was canceled? Apparently, the reporters don't read or remember their own copy. Then again, who does?

I shouldn't care what the press does with its time, I don't watch. But apparently somebody does. And it's having a crippling effect on the rest of our lives.

After four days of booze and brisket and peppermint whisperings in their ears, the media gets connived by the corporate overlords and their step-and-fetch-it politicos that taxing our home is a public benefit rather than a money grab.

Remember all the bad ideas floated form the Great Porch? Gilbert's publicly-financed skyscraper to nowhere. Ilitch's pubicly funded hockey arena that shares no revenue with the public. The failed QLine that the public now pays for. The tired regional transportation plan that calls for property tax increases to pay for a train from Ann Arbor to downtown?

Who's looking out for the interests of the guy who eats at the Sign of the Beef Carver? He ain't taking no train to Ann Arbor.

How heavily has the media bought in? I heard a “news” report on the radio this morning describing the traffic flow to Mackinac. As if the rest of us were planning to take the week-off to have our snouts scratched by the privileged and powerful.

The press used to be hound dogs nipping at the trousers of the fat cats. Now, they seem to be auditioning as consultants and spokespeople for the bureaucracies and corporations they're supposed to question.