LeDuff: I'm Done with Subsidizing Corporations in Detroit and Michigan 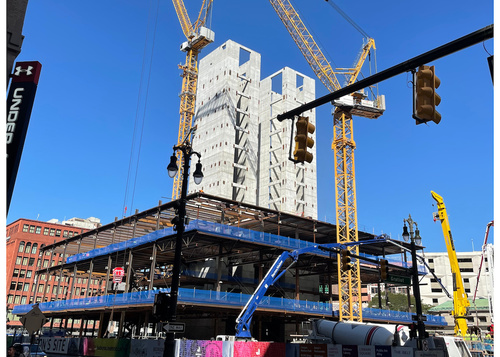 The attention in Detroit public square is focused on small-time crookery. City councilmembers on the take for the equivalent of a cheap suit and a sagging bag of carryout chicken.

But the real hustle is orchestrated in the penthouse boardrooms of our so-called titans of industry, who can't seem to cobble a development deal without holding out the proverbial tin cup.

Think about it, almost every deal of consequence in Detroit since the municipal bankruptcy includes massive public subsidies. And almost none has have lived up to its promises.

Without the public guaranteeing profit, these deals would never have been done.  And with the downtown bubble bursting, be warned. They're coming for more. 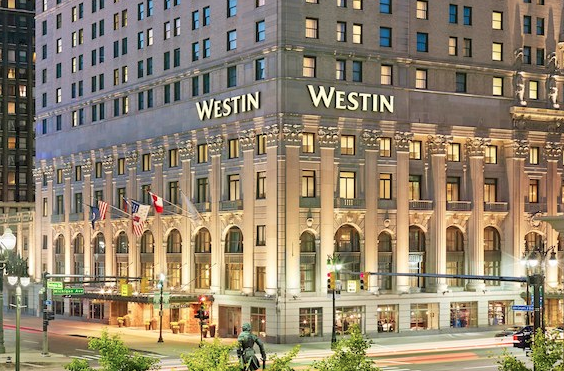 Financed with a heap of public money, Detroit's flagship hotel, the Westin Book Cadillac, opened in 2008.

Today, it is on the block.

Bought and rehabed for nearly $200 million, the latest appraisal has the hotel valued around $80 million. A real dog, in real estate vernacular.

Now the owner claims he can't make his $77-million note and is on the verge of foreclosure. He blames Covid. But the owner couldn't make his note in 2016. Or 2018.

The owner says he has a buyer out of Chicago for $77 million. Exactly the amount the owner owes his lender.

That's nice and neat. Except the buyer wants $30 million in property tax breaks from the city and county.

Why not let the lender foreclose and find a buyer for $47 million?

Did the county wave the working stiff's taxes when he was under water?

What's happening with the Hudson's Tower that was supposed to open this year? Remember? The tallest building in Michigan built by the richest man in Michigan?

Detroit gifted the prime real estate to Dan Gilbert for a dollar. Then the city and state gave him hundreds of millions of dollars in tax subsidies to build his phallus of self-aggrandizement.

Ground was broken four years ago. So far, we've got three floors and some elevator shafts. That's it. There are no anchor tenants to speak of. There is no finalized design for the main erection. Not to mention there is no demand for office space anywhere in America.

Dirt and steel get pushed around the site like a pea in a coconut shell. They try to look busy, but they look like they're stalling. The other afternoon, four ironworkers could be seen working on the structure. That's no way to make a profit.

With Gilbert hobbled by a stroke, and his wife taking a larger role in the family business, the smart money is on the building growing shorter by the day.

Michigan is already committed to reimbursing The Big Three billions of dollars to keep the old jobs here.

Meanwhile, all the new cool electric jobs of the future are going elsewhere: Tennesse, Kentucky, Mexico.

And few are asking the basic question: how is the neglected national power grid going to handle 40 million electric cars?

The grid in California is so threadbare that fire tearing through the foothills has become the fourth season in the Golden State along with floods, mudslides and earthquakes.

So brittle is the grid in Michigan, people are left to burn pots of dung for energy whenever the wind blows.

If anybody in New Orleans drives an electric car, they're probably living in it on an abandoned strip of highway on the outskirts of East Baton Rouge.

America's for-profit power grid isn't capable of handling the new load of electric cars coming on line. Who will pay for the upgrades? You, if the Biden infrastructure bill ever gets passed.

Hold on a Minute Here

But there is a problem there as well. Only (only!) $75 billion dollars is earmarked for grid improvements across the country. Experts have the cost pegged at three times higher.

All this as news has trickled out that nickle-grubbing DTE took $220 million dollars in federal Covid bailout money, passed the profit onto shareholders, and then cut power to thousands of Michigan customers behind on their bills.

I'm for electric vehicles. But I'm done with subsidizing corporations, Wall Street and eco-scolds who can already afford the cars.

The moral? Capitalism works. Corporate socialism does not. Don't say you haven't been warned.

► Support our commentaries and reporting by becoming a Deadline Detroit member for as little as $3 per month.
Listen to Charlie LeDuff's weekly podcast, The No BS News Hour."