About 100 people this week started 10 months of tuition-free app development and entrepreneurial training at a new Detroit program run by Apple and Michigan State. 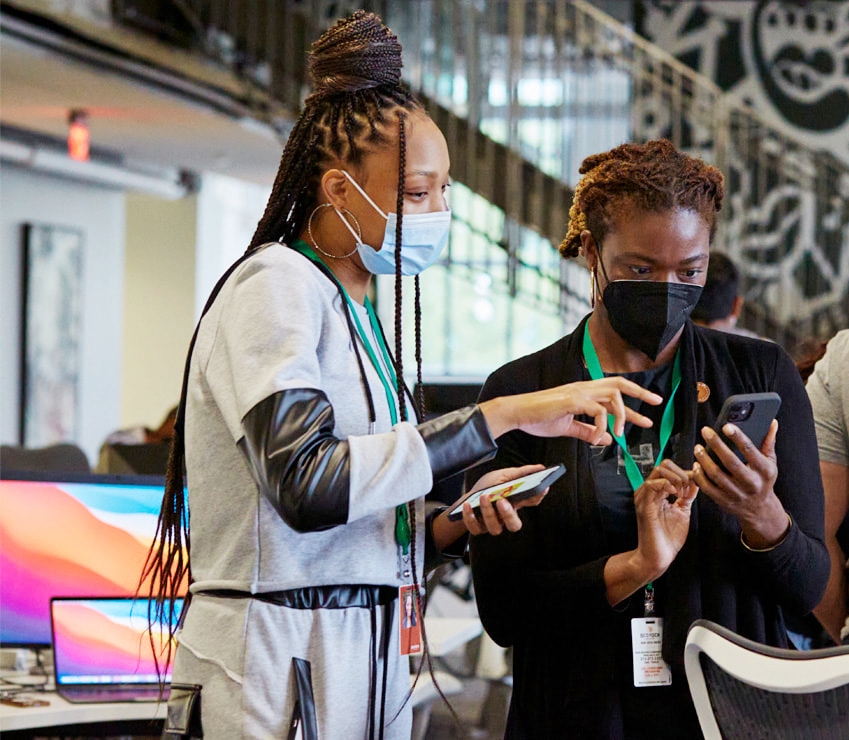 The Apple Developer Academy, the company's first of its type in North America, is "part of Apple’s racial equity and justice initiative aiming at challenging systemic racism nationwide," it says in a release.

The academy aims to improve access, outcomes and equity for communities of color and to enhance the diversity of entrepreneurship and technology-related fields.

Classes meet each weekday for four hours through next July in a custom-designed space at the First National Building on Lower Woodward, with a choice of mornings of afternoons. Participants, aged 18-60, were picked from in-depth applications and half-minute videos submitted last spring and summer. Each gets a computer and undisclosed stipend.

Lt. Gov. Garlin Gilchrist, who made a promotional visit Thursday, is quoted as saying: "Detroit has always been a launching pad for people with ideas. This will train a new set of people in a new set of skills." 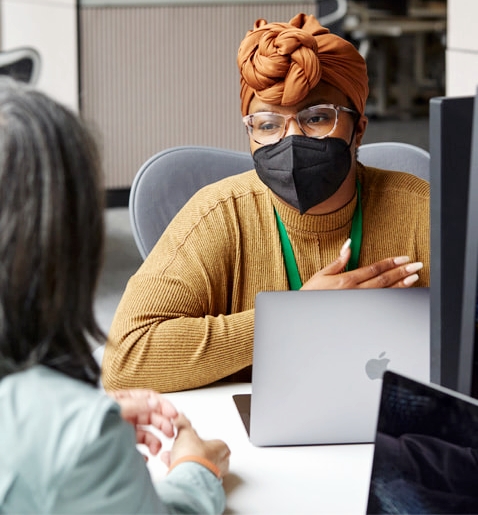 Enrolee and instructor get acquainted this week.

Up to 200 students could enroll by the second year, Jeff Grabill, associate provost at MSU for teaching, learning and technology, told the Lansing State Journal earlier this year. He envisions letting MSU students attend the academy as part of their education or work as junior mentors on the instructional team.

Students who finish the program likely will have a strong shot at an app development job, the East Lansing administrator added. At Apple's developer academies in Italy, Brazil and Indonesia, about 70 percent of graduates move right into the labor force, according to Grabill.

The company's handout says: "The iOS app economy .... supports over 2.1 million jobs across all 50 states."

Earlier this fall, the academy hosted a smaller group from community partners — including Boys & Girls Clubs of Southeastern Michigan and the College for Creative Studies — for a four-week course to introduce the basic concepts of coding.