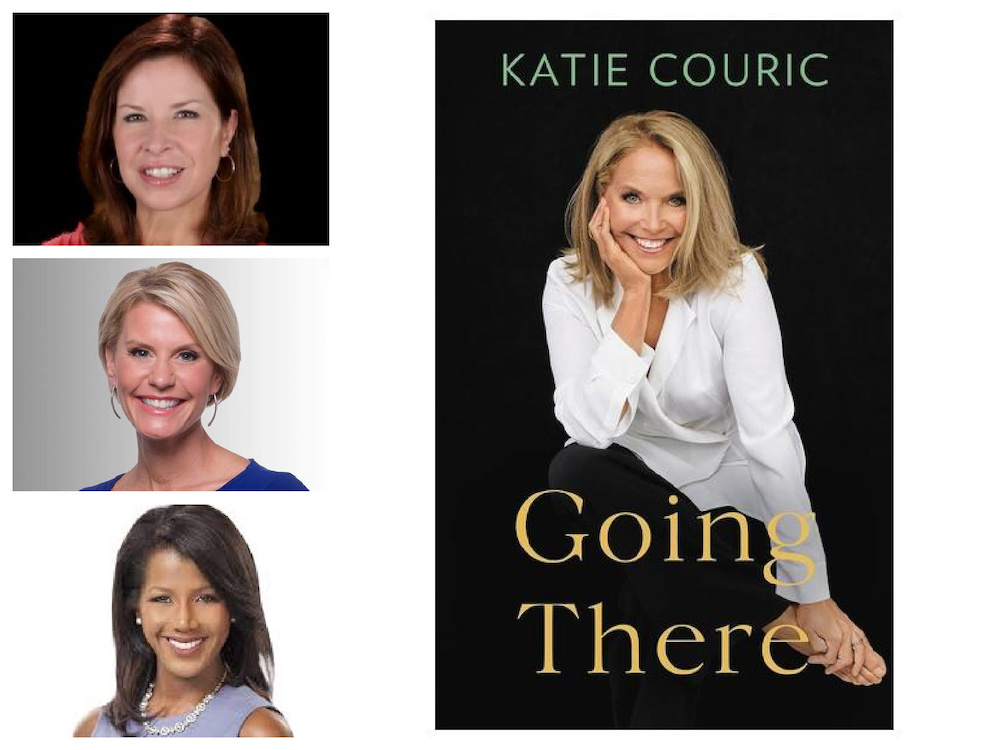 Katie Couric, who for decades appeared as a warm, loving and kind national media personality, shows her not-so nice side in her tell-all book, "Going There." She trashes some well-known folks and also writes:

While I took female writers, researchers, and producers under my wing, I was way less welcoming when a charismatic female entered my sphere. There were only a few coveted spots for women — I felt like I had to protect my turf.

A sampling of what they say:

“I have not read Katie’s book, but from the excerpts that have been shared, this book breaks my heart and just feeds into the mean girl way to conduct business. TV news is competitive, and you do have to fight to get the interview, the assignment, or the anchor seat. … But you fight that fight in a civilized way that can also lift others.

"When I first started in this business, I had the unique opportunity to interview Oprah when I was in my mid 20s. I will never forget what she did for me. She helped me craft my questions so I would look good on camera. I asked her why she was doing this, and she said: ‘Women need to help other women in this business. There are enough men to fight to get the opportunities we want. Don’t step on another woman — lift her up. You will see it pays off."

“It’s so important to nurture young talent. I was only 24 when I started at Fox 2 in 1998 as a general assignment reporter. One of the first women to welcome me to the station was Nancy McCauley, a veteran reporter. I had not even been hired yet, and she said, 'I know you’re going to do great here.' It was such a boost of confidence from someone who clearly did not view me as a threat to her. Instead, she viewed me as an addition to the team."

Read all the interviews here.