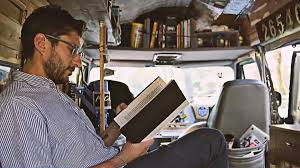 Detroit-area journalist Danny Fenster, imprisoned in Myanmar since May, had his bail request denied on Wednesday, the Associated Press reports.

Meanwhile, a trial for Fenster, 37, is underway.

Than Zaw Aung, his lawyer, tells AP he cross-examined seven prosecution witnesses on Wednesday for the incitement and unlawful association charges, including police and airport security personnel.

Starting Friday, the court said there will be proceedings every weekday.

Fenster had already been facing charges of incitement for allegedly spreading false or inflammatory information, and violating the Unlawful Associations Act for alleged links to illegal opposition groups.

If acquitted, Fenster could go free. If convicted, he could be sentenced to time served or sentenced to more time or simply deported.

Wednesday's actions come a day after Bill Richardson, a former U.S. ambassador to the United Nations and former New Mexico governor, met with Myanmar officials to discuss humanitarian aid to the country, under military rule since February. Richardson reportedly was going to raise the issue of Fenster's imprisonment.

Fenster, the managing editor of Frontier Myanmar, was nabbed May 24 as he was about to board a plane to visit his family and friends in Metro Detroit.

The Fenster family did not immediately respond to the latest news.