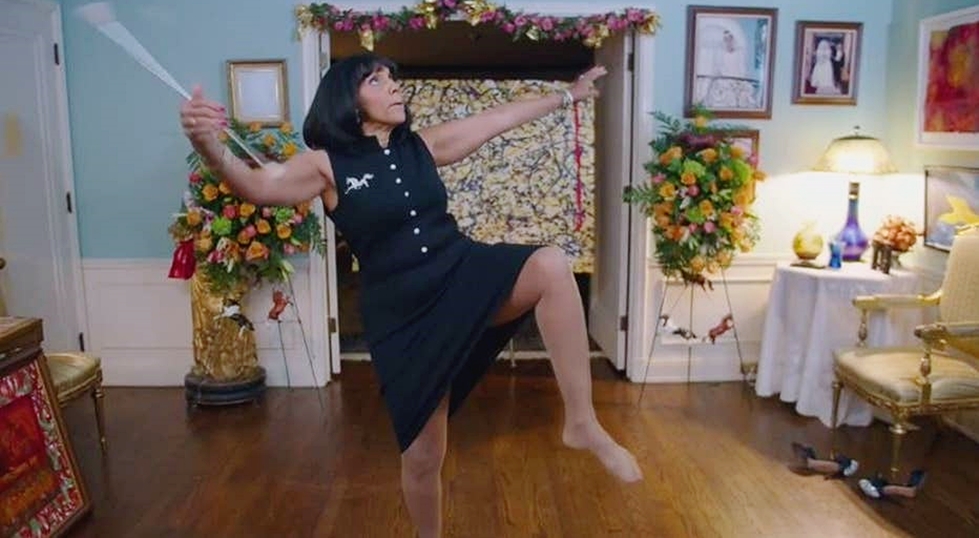 The judge, an ex-cheerleader, still has moves. (Photo: YouTube)

Case closed on whether Judge Deborah Bledsoe Ford of Detroit's 36th District Court has ageless verve. Her 69th birthday dance video below is entered into evidence as Exhibit A.

A baton-twirling dance routine she choreographed uses the 2021 song "Thot Shit" by rapper Megan Thee Stallion. Long before Spelman College and law school, the judge was a Cass Tech High cheerleader and majorette -- and she still can do splits.

She has been on the bench since 2005. Her mother, Geraldine Bledsoe Ford, won a seat on the former Detroit Recorder's Court in 1966 as the first elected Black female jurist in Michigan history. (She died in 2003.) Her father, NFL Hall of Fame player Leonard Guy Ford, died in 1972.

Judge Ford has tickets to see Megan Thee Stallion, a 26-year-old star from Houston, on Dec. 17 at Little Caesars Arena next month in Detroit.

See the judge's flair and moves in the nine-minute-plus video posted last week to show "what dancing to this song and celebrating life means to me!"