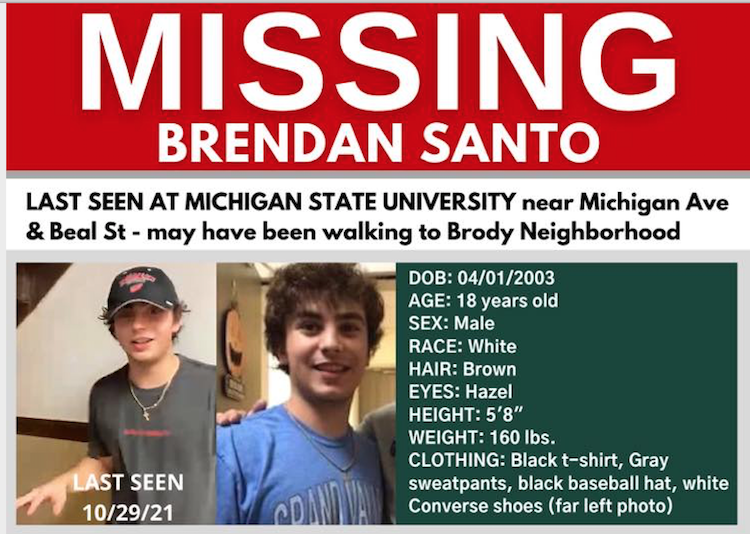 The action comes in response to reports that the security camera near Yakeley Hall was not functioning when Brendan Santo was last seen Oct. 29.  The new cameras will be in addition to the thousands already on campus.

Santo was visiting friends during the MSU-U-M weekend. He was last seen walking back to a friend's dorm Friday before midnight.

"The investigation to locate missing Grand Valley State University student Brendan Santo and bring him home remains open and ongoing," the president says in a statement. "Based on all available information gathered to date, at this time MSU Police and Public Safety and the extensive network of law enforcement partners from local, state, and federal agencies have no reason to believe that foul play contributed to his disappearance."

"I have directed MSU Police and Public Safety to order and install more than 300 new cameras throughout our campus. Those cameras should be here in about a week and crews will begin installing them immediately."