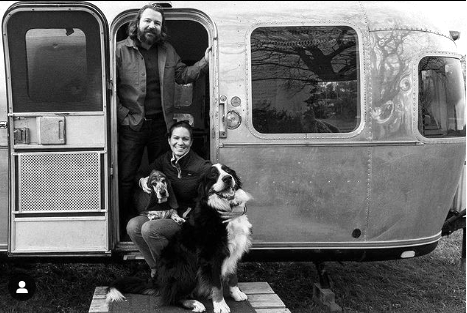 A twin-engine commuter plane crashed Saturday on Beaver Island in northern Lake Michigan, killing four of five aboard, according to the Charlevoix County Sheriff's Office. An 11-year-old girl survived and is in stable  condition.

Among the dead was a couple, Kate Leese and Adam Kendall of Beaver Island, who planned to open a winery and vineyard there, reports The Detroit News. Mike Perdue of Gaylord and the pilot also died.

Perdue's daughter was the survivor, according to the Petoskey News-Review, which also says two dogs died in the crash.

Beaver Island is about 32 miles from Charlevoix in the lower Peninsula.

The 1:30 p.m. flght aboard a Britten-Norman BN-2A left Charlevoix Airport for the island.

The pilot and the girl were flown by helicopter to a Petosky hospital. The pilot later died.

The helicopter crew members landed and offered assistance and were able to hoist and transport an 11-year-old-female and a male adult to McLaren Hospital in Petoskey, MI. Chest compressions were being conducted on the 11-year-old in route to the hospital.

Leese, 35, a biochemist who grew up in Charlevoix, and Kendall, 37, an attorney and Jackson native, recently moved to Beaver Island after traveling the country for years.

They planted 2,100 vines on a fallow field this past spring with the dream of opening Antho Vineyards, a winery and tasting room that was welcomed by the island's local community of just 600 people.