After Barack Obama was elected president in 2008, some Republicans exchanged crude Photoshops, cartoons, etc. with racist imagery -- Obama with a bone through his nose, growing watermelons on the White House lawn, etc. When called on it, they protested they were just making a joke, it's funny, can't you see how funny it is? 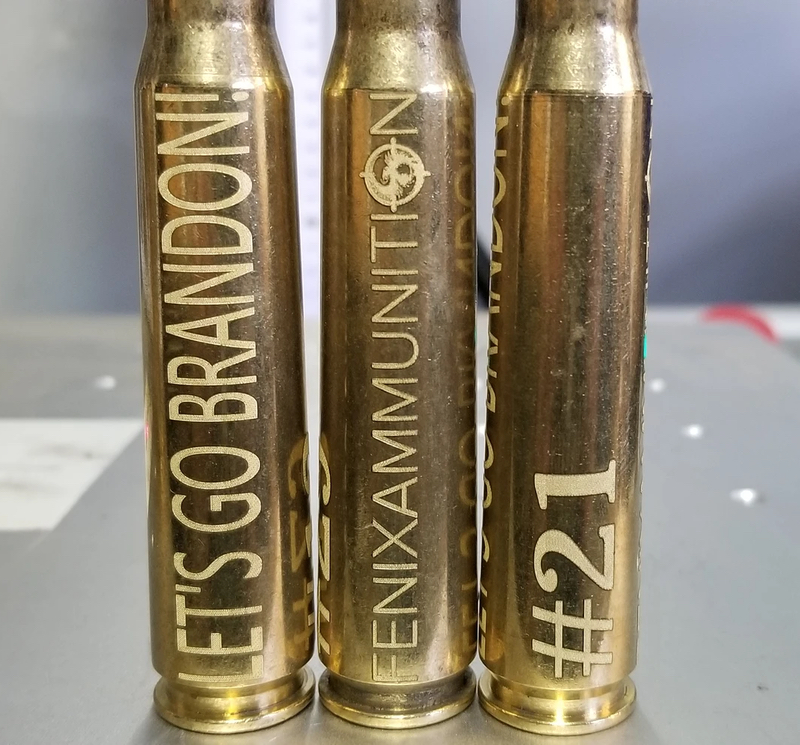 Now that contemporary Republicans have discovered the phrase "Let's go Brandon" -- code for "fuck Joe Biden," based on a journalist's mishearing of the latter phrase at a NASCAR event, the hilarity continues.

(What, you don't think it's funny? GeT a seNsE of HumOr, like the GOP!)

Fenix Ammunition CEO Justin Nazaroff tells Metro Times that the bullets are “previously fired brass cases” and cannot be fired from a gun.

Nazaroff adds that he’s not worried if some people take offense or consider the inscribed cases threatening.

“I’m not a humorless loser, and it’s not my responsibility to be concerned about the opinions of ignorant people who spend too much time reading the Metro Times, cowering in their homes, awaiting their fifth booster shot,” he says.

Fenix Ammunition has a history of similar stunts. Last year, when the state was under masking orders, a sign was briefly posted at the store requiring entering customers to remove masks. However, when Novi police stopped by later, they found the store in compliance, perhaps because they are actually sheep but were also perhaps tipped off of the coming visit by the boys in blue, who knows? We're just making a joke here! Can't you take a joke?