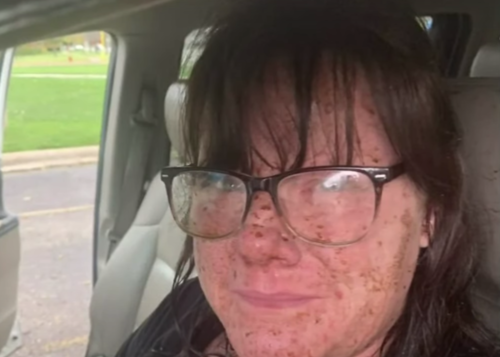 Southgate Police have opened an assault investigation after a teenage worker at Tim Hortons allegedly threw hot coffee in a customer's face at the drive-thru on Oct. 30.

The dispute began when Dusty Jackson of Lincoln Park supposedly asked to add "Timbits" to her coffee order, according to WDIV's Shawn Ley. The 16-year-old worker allegedly refused, and words were exchanged. The employee then allegedly threw coffee at the customer.

The Northline Road store employee called her mother after the incident and left, WDIV adds. It's unclear whether she returned.

Asked to comment, Tim Horton's issued a statement to the station:

“We do not comment on pending litigation, however I can say that Tim Hortons franchisees are expected to meet our brand’s strict standards and high expectations for guest experience and that we are looking into the matter with the franchisee that operates the restaurant.”