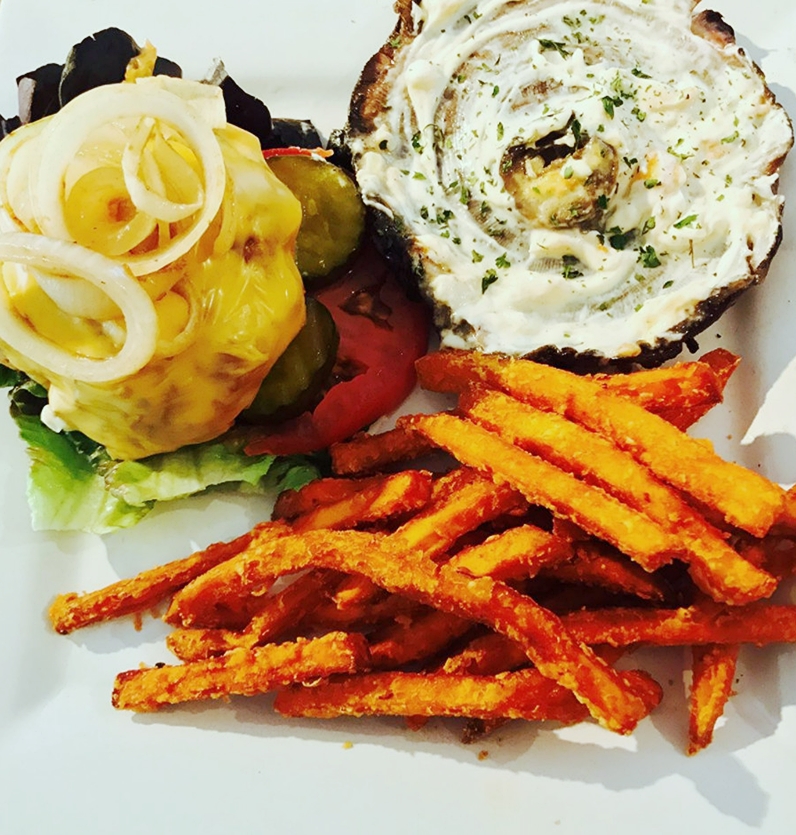 A new vegan restaurant specializing in meatless burgers and smoothies is open on Livernois Avenue on Detroit's northwest side.

Jasmine Raiford's Trap Vegan gets a writeup in today's Free Press from new restaurant critic Lyndsay C. Green. The eatery, which opened this month, is described as an effort to fill a healthful food void in Detroit without sacrificing flavor. Raiford reportedly began her vegan culinary journey by coaxing family members into eating meat- and cheese-less with fast-food style fare.

With her aptly named restaurant on Livernois near 8 Mile, “my goal was to bring healthier options to the city in an area that could really benefit from it,” she tells the Freep. Her brash slogan is "Dope, Healthy, Good AF."

Trap Vegan serves plant-based burgers with cashew cheese. The "What's Beef" has an avocado spread and grilled peppers; the "Soul Survivor" has pepper jack, caramelized onions and mushrooms; and the D.Boy comes with the standard LTOP and barbecue sauce.

Also on the menu are acai bowls, salads, wraps, fried cauliflower, a jackfruit bowl with brown rice and quinoa and more than a dozen smoothies made from ingredients thgt include kiwi, coconut water, pomegranate, dates, pea powder and spirulina.