Whoever stands up to challenge Rep. Rashida Tlaib for the newly created 12th District Congressional seat will have to beat not only her fundraising, but her social media presence. 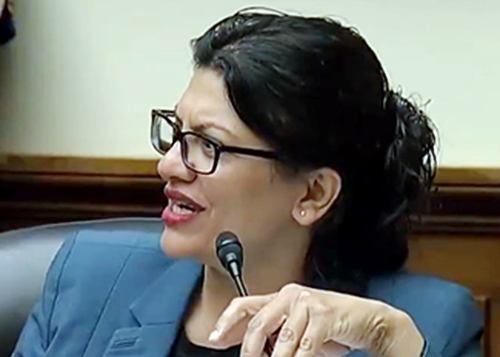 New data finds that the nation's most polarizing politicians are often the ones that garner the most attention online.

By the numbers: Topping the list are lightning rods from each party — politicians who fire up their base while providing ammunition for the other party — according to exclusive data from NewsWhip.

According to the NewsWhip survey, articles about Tlaib get an average of 1,500 social-media engagements. The story did not indicate whether these engagements reflected good or bad feelings about the Detroit Democrat, first elected in 2018.

Tlaib has two verified Twitter accounts -- a personal account (1.5 million followers) and one for her congressional office (509,700) -- and a pair on Facebook, each with about 50,000 followers.