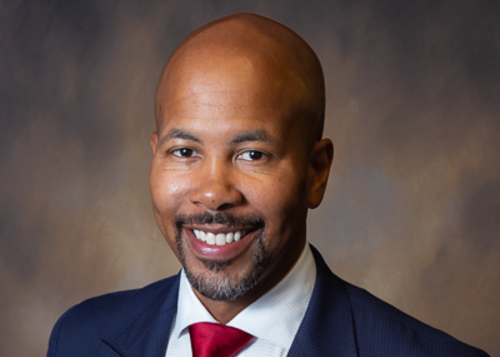 Racial progress at the Detroit Athletic Club, where a Black man will soon preside over the exclusive club that just 44 years ago did not admit Black members.

Crain's has the story:

Derron Sanders, CEO of Southfield-based SG Cos., was elected to a second, three-year term on the DAC's board and will take the top seat in 2024 for a one-year term, per the club's regular officer rotation schedule.

Sanders, 48, said the DAC's first African American board members helped set the stage for him.

"As excited as I am ... I would be remiss if I didn't take a moment to thank those whose shoulders I stand on," Sanders said. "Having said that, I believe that the club's membership expressed their confidence in me and others because we were the best candidates."

About a third, or 1,100, of the DAC's 3,400 voting members voted in this year's election, Executive Manager CharlesJohnson said in an email to Crain's.

Women had to use a side entrance and weren't allowed into the Grill Room until well into the 20th Century. They couldn't be full voting members until 1986. Mary Kramer became the first female president in 2003 while she was Crain's Detroit Business publisher and editor.