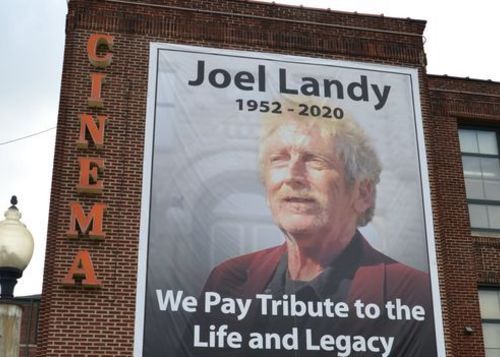 The late Detroit landlord Joel Landy's legacy will live on through a foundation focused on automotive education and historic preservation.

Described as an "old hippie who loved Detroit" long before most real estate investors, Landy made arrangements to sell nearly all of his properties for charity before his death in 2020.

The buildings are expected to fetch at least $1 billion for the foundation, Crain's Detroit Business reports. They include the Addison building on Woodward -- a former hotel which now houses the restaurant Pho Lucky -- and Scott Mansion on Peterboro Street, whose 2018 conversion into apartments was described as one of the city's "most dramatic back-from-the-dead building redevelopment projects."

The plan is as unusual as Landy was himself, Crain's says:

It's perhaps the first time in recent memory something like this has happened, longtime real estate industry observers said. Typically, portfolios like Landy's either go to next of kin or are sold off for things like inheritances, they said.

But Landy, who had no children, took a different route.

"In all cases I can recall, the portfolio went to the next generation per estate planning," said Lawrence McLaughlin, a real estate attorney who spent more than four decades at Detroit-based Honigman LLP, where he had been chairman of its real estate department for two decades. "In fact, most maturing patriarchs start putting children and grandchildren into their deals before they pass."

"I have seen assets sold for estate/inheritance purposes but not to fund a foundation," said Denise Lewis, another former Honigman real estate attorney.

Before venturing into real estate, Landy was a mechanic who owned an auto repair shop.

The fund will be governed by a board that includes father and son Gary and Elie Torgow. Gary chairs the board of Huntington Bank and Elie is CEO of the Sterling Group real estate company.