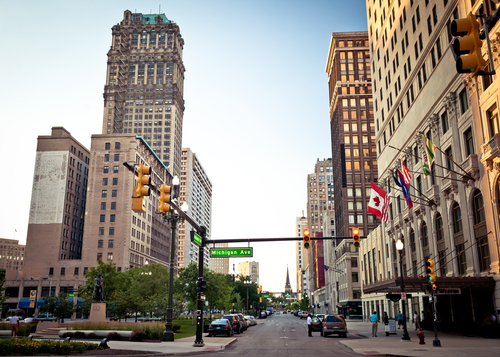 Downtown Detroit is at just 42% of its pre-pandemic activity level since the pandemic, according to an analysis of smart phone data from March and May.

That puts it 59th of 62 major U.S. city downtowns reviewed by the Institute of Governmental Studies at the University of California at Berkeley, the Free Press reports.

The researchers noted how downtowns that are outside the fast-growing South and located in larger metro areas, and that had a large number of nonresident daily commuters and many jobs conducive to remote work, seem to be recovering more slowly.

Many of those factors apply to Detroit.

While some big downtown employers, such as Dan Gilbert's Rocket Companies, have brought workers back to the office for at least part of the week, there are still significantly fewer workers in downtown on any given weekday than in 2019.

Earlier in the summer, a representative for Gilbert, whose Bedrock real estate firm is downtown's biggest landlord, said that downtown has gone from hosting roughly 70,000 workers a day before COVID to about 26,000 workers.

Only Portland, Cleveland, and San Francisco were reportedly behind Detroit in their rebounds.

Some downtown residents and office workers, however, tell the paper foot traffic has picked up since May.