The writer, a Los Angeles freelancer and former Detroit News business reporter, blogs at Starkman Approved. This column first appeared on his blog.

I’m always on the lookout for a government official who puts the public’s safety ahead of politics, and yesterday I identified one. Her name is Jennifer Homendy and she’s head of the National Transportation Safety Board. The folks at the NTSB are the ones who investigate crashes, and Homendy admirably wants to reduce her workload. 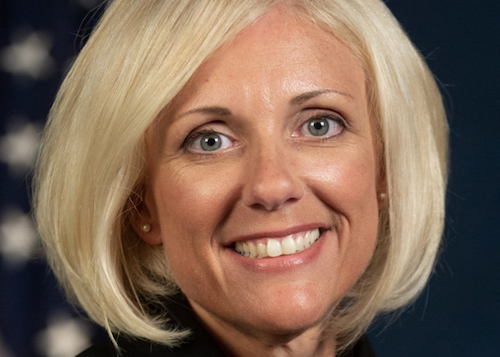 In a warning that should have been national home page news, Homendy sounded the alarm about electric vehicles that rarely gets mentioned: Their weight. EVs weigh considerably more than gas engine vehicles because of their batteries, and that means when they hit another vehicle, they will do more damage. If you are in the “other” vehicle, your chances of survival are substantially diminished.

Obviously, SUVs, whose gas engine weights are increased hazards to begin with, are considerably more dangerous when they are battery operated.

"I'm concerned about the increased risk of severe injury and death for all road users from heavier curb weights and increasing size, power, and performance of vehicle on our roads, including electric vehicles,” Homendy said in remarks prepared for a speech to the Transportation Research Board (TRB) and were reported by the AP’s Tom Krisher, a veteran auto writer who does a stellar job covering safety issues. The TRB advises the president, Congress, and federal agencies on scientific issues of national importance.

Here’s an example of someone speaking truth to power:

“We have to be careful that we aren’t also creating unintended consequences: More death on our roads,” Homendy said. “Safety, especially when it comes to new transportation policies and new technologies, cannot be overlooked.”

Homendy named names of vehicles that give her worries. One of them was GM’s Hummer, which weighs 9,000 pounds. The monster SUV’s battery alone is roughly the weight of a Honda Civic. 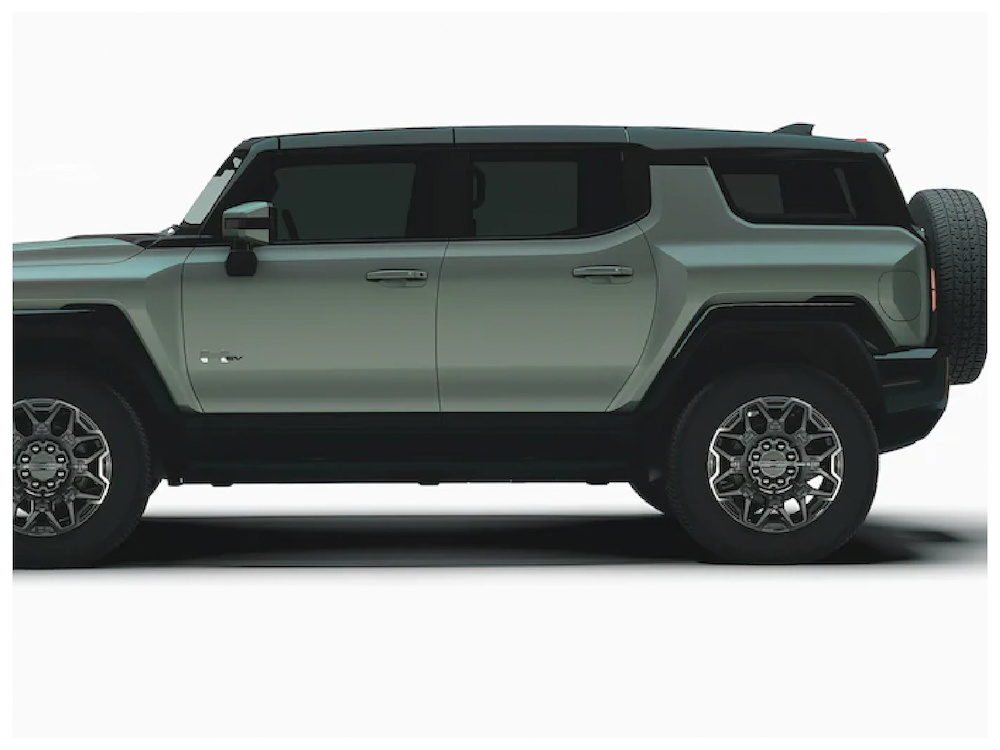 One would expect that a company manufacturing a passenger vehicle of unprecedented weight and power would ensure that it had better than average braking power, but reportedly that’s not the case. This line from Motor Trend’s gushingly positive review of the Hummer last April has weighed on me:

EVEN WITH ITS CRAZY AMOUNT OF REGENERATIVE BRAKING, THIS TRUCK ABSOLUTELY DOES NOT HAVE BRAKES COMMENSURATE WITH ITS POWER AND SPEED CAPABILITIES.

I put the comment in all caps because it’s a warning that should be heeded. The reviewer, Scott Evans, was so enamored with the Hummer – “the quickest, silliest, most ridiculously awesome truck we’ve ever tested” – he seemingly glossed over the increased likelihood of the truck killing or maiming someone, particularly a person riding in a small Chevy Bolt, one of the few electric vehicles GM has available. In fairness, my understanding is that auto mags are loathe to criticize the major automakers, so Evans deserves credit for at least noting the braking flaw.

There are likely legions of people whose immediate reaction is, “GM wouldn’t knowingly sell a vehicle the company’s management knew was dangerous.”

For these folks, a little automotive history is in order.

Back in 1965, a young lawyer named Ralph Nader published a bestselling book called “Unsafe at Any Speed,” which alerted the U.S. public that the Big Three automakers were putting profits ahead of safety, resulting in deaths that could have been prevented. In those days, there was no Twitter and legions of Americans still read books; “Unsafe” became an instant bestseller, leading to Senate hearings and ultimately to the formation of the United States Department of Transportation and what is now known as the National Highway Traffic Safety Administration. 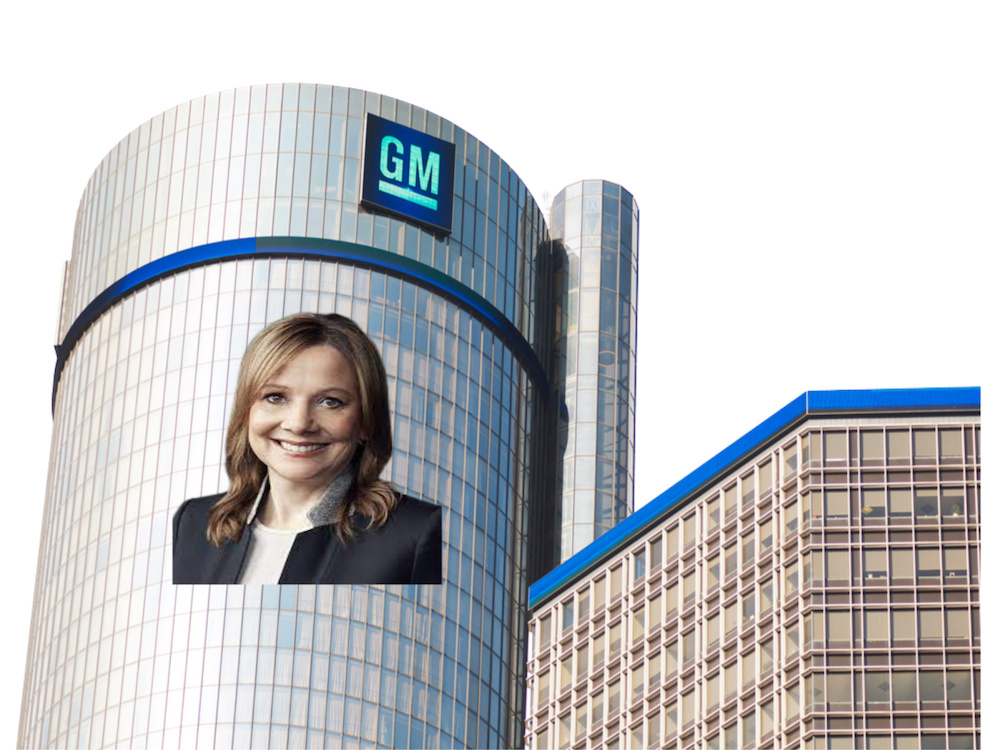 In 2015, the DOJ brought criminal charges against GM, alleging wire fraud and that the automaker concealed information from government officials relating to an ignition defect linked to 124 deaths and hundreds of injuries. GM, under Barra’s leadership, managed to beat the criminal charges by agreeing to pay a $90 million fine and accepting oversight by an independent monitor for three years.

The ignition scandal was revealed in 2014 when Barra assumed the CEO position. Barra received gushing media praise for her four appearances before Congress, firing some 15 employees, and vowing that GM would adhere to the highest standards of ethics under her leadership.

“We made sure that we lived our values … and then making sure we did everything with high integrity and with excellence,” Barra said. “… It showed the organization we were going to live our values even when it was hard.”

I can’t overstate the importance of having a solid reputation for acting with integrity. It takes years to build but can crumble in a moment. Once it’s gone, it’s all but impossible to recover. So, I urge you to protect it in everything you do. And always remember that if you win without integrity, you haven’t won. (emphasis Barra’s)

As I’ve previously argued, there’s too often an inverse relationship between the ethics of companies that profess the highest standards of integrity and their actual business practices. GM under Barra is yet another example.

Building and selling a 9,000-pound SUV with reportedly inadequate brakes doesn’t strike me as a company that acts with integrity, but the motive is understandable. The truck sells for more than $100,000 and SUVs are hugely profitable.

Homendy isn’t alone in expressing alarm about the Hummer’s dangers. Atlantic has also repeatedly railed about the truck, including an article this month and in another October article.

Here’s an excerpt from the Atlantic’s fall article:

These big (electric) vehicles are dangerous. American vehicle deaths jumped to a 20-year high in the first part of this year; the U.S. leads the developed world in traffic deaths. These statistics, which have deteriorated since the pandemic began, seem to be even worse for pedestrians: Last year, pedestrian deaths reached their highest level in 40 years, according to the Governors Highway Safety Association.

Suffice it to say that cars as huge as the Hummer EV need to face some kind of regulation, especially in cities and towns, where they pose a distinct threat to the public. The federal government, specifically the National Highway Traffic Safety Administration, must make good on enforcing the pedestrian-safety standards that it has said are coming.

Barra is ultimately responsible for GM’s PR efforts, which reek of spin and deception. The Detroit Free Press -- normally a Barra cheerleader, as is most of the corporate media -- noted this week that GM sold “a mere” 122 Cadillac Lyriqs in 2022, after declaring last May that orders for the vehicle “sold out” within two hours. GM didn’t say how many Lyriqs constituted “sold out” but it certainly appears that the company didn’t have the capacity to sell all that many in the near term. The “sold out” claim was likely fake hype. GM said it hopes to begin shipping 500 Lyriqs this week, which is still a drop in the bucket.

Notably, the paltry few Lyriqs GM sold in 2022 were subject to multiple recalls, one for problems with a trim panel on the rear liftgate and one for software issues. A trade publication recently posted a Lyriq on the side of the road being loaded on a flatbed truck. Consumer Reports in December downgraded the Cadillac brand for reliability, ranking it 17 out of 24 competitors, down five positions from a year earlier. GM can’t make reliable gas engine vehicles, so it takes a giant leap of faith to believe the company can master EV technology.

Indeed, GM recalled the Hummer because of the potential for water to leak in the battery. 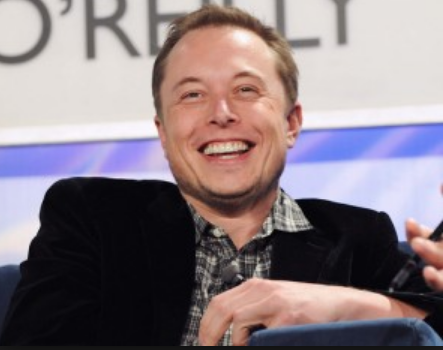 Barra has repeatedly boasted that one day she will sell more electric vehicles than Elon Musk, but for now she’s way behind the 8 ball. GM sold a paltry 38,120 electric Chevy Bolts last year. That was up 54% percent from a very low base, and Barra had to cut the price on the vehicles by $6,000 because dealers couldn’t move them off their lots. GM recalled all its Bolts a year ago because of battery fire risks, and the company recently recalled them again because the seat belts can trigger carpet fires.

In Charleston, SC, some garage owners have a lingering fear of allowing a Bolt on their premises. Here’s a photo of a garage sign someone shared last month.

Despite its dismal performance, GM declared itself, “#1 mainstream EV series” in the second half of 2022. Even some normally supportive EV trade publications were taken aback by the spin.

“GM’s release says the Bolt was the “#1 mainstream EV series in Q3 and Q4,” which is after the recall finished and GM was finally able to sell these cars in earnest again,” noted the trade publication Electrek. “While GM doesn’t define “mainstream” in their release, we suspect this means “not counting Tesla.”

Then there’s Barra’s posting on Linkedin in early 2022 that GM’s autonomous vehicle Cruise subsidiary was “on the cusp” of commercialization. San Francisco’s traffic engineers last October submitted a scathing 39-page letter to the National Highway Traffic Safety Administration warning that Cruise’s autonomous vehicles were wreaking havoc on city streets and were so problem plagued they “could quickly exhaust emergency response resources and could undermine public confidence in all automated driving technology.”

Ford and Volkswagen folded their joint autonomous driving venture last year, saying the technology was years away before being perfected. Bloomberg’s Keith Naughton recently reported that at the Consumer Electronics Show earlier this month there was little talk of autonomous vehicles.

“People are realizing that the market for large-scale adoption of AVs is still quite a few years away because the technology is just not mature enough,” Sam Abuelsamid, principal analyst of e-mobility with consultant Guidehouse Insights, told Naughton. “The profits are almost certainly not going to be there in this decade.”

Barra’s claim Cruise was on the cusp of commercialization wasn’t credible a year ago, and it’s not credible today.

Despite the avalanche of negative publicity Elon Musk has received and the corporate media declaring the Tesla brand dead, Tesla’s stock market valuation at this writing was $387.2 billion, while GM was valued at $54.5 billion. GM’s stock closed today at $38.33 a share; it was trading near $40 when Barra assumed command nine years ago.

For all Barra’s shucking and jiving, investors still believe that Elon Musk, despite running three companies, will continue running circles around Barra.

Homendy, the NTSB official, is a hero for sounding the alarm about the safety risks of electric EVs, as it’s a message the Biden Administration wants kept quiet. Unfortunately, no action will likely be taken; Homendy’s agency investigates crashes but can’t take any action to prevent them.

I expect the Hummer will kill some people, GM will some face lawsuits, and Barra will be long gone when they are filed. What angers me is that Barra will face no consequences for knowingly allowing the sale of a vehicle that a government crash safety official publicly warned was dangerous.

Reach the writer at eric@starkmanapproved.com. Confidentiality is assured.